Activation is the rate at which new installs become active users. Think of it as the space between a user not knowing why they’re in your app and becoming a loyal user. Any user can download your app, but their value to your business is negligible until they identify and align with its value, and perform actions that contribute to your business’ goals. Users “activate” when they complete actions in your app engagement funnel that lead to your north star metric, as shown in the figure below. Some brands have one particular action that defines activation, while others have a series of actions but assign certain actions more value. Consider how your engagement funnel KPIs tie into measurable team objectives across the organization, as well as how external partners, including ad networks, can help you best optimize against them.

Strategic growth marketing can fill your top-of-funnel, but to translate that into LTV, making a good first impression on your user is critical. That’s why you should make it as easy as possible for users to understand the unique value of your product, known as the “Aha!” moment. According to the Fogg Behavioral Model, when getting a user to perform an action, you can either make performing that action easy or increase their motivation. In mobile, the user’s inherently short attention span amplifies the need to simplify. Making things easy, even when motivation might be lower, increases the chances an action is taken. “Aha!” moments are also crucial to your retention rates. The more the user engaged in an “Aha!” moments during their onboarding (in this case, sending a message), the higher chance they retained long-term.

While new user growth tends to dominate the conversation, retention should be of equal importance at all stages of the funnel. Acquiring users that churn quickly isn’t just a waste of money, it can actually be a detraction from your brand. Just as virality can accelerate growth, confused or unhappy users can stop you in your tracks.

Why You Need Engagement to Retain Your Users

Engagement and retention are like two peas in a pod; you can’t expect to retain users if they don’t see enough value to engage. On the flip side, high retention rates allow for more chances for the user to engage with you, and a user with higher engagement is likely to stick around rather than a lower-engaged user.

Engage and Retain with Habits

Create habits in your users that lead them to continuously re-engage. To form a habit, you need a cue and a reward. This often takes the form of push notifications, which if done right, can be a powerful way to create a habit of continuously engaging with your app/product.

Creating new and engaging content is a cost-effective method to delight current users. Your content could range from educational, actionable articles to help users with a specific issue, lighthearted content to keep them entertained, and can take many forms from blog posts to polls to social media posts. Make your entertaining content easy for users to respond to, like interactive IG stories, polls, video challenges, and competitions. Content that solves a certain user painpoint also engages users and brings them value.

Why Do Users Churn?

According to churned users are the largest percentage of most products’ potential user pools. These users are typically high value, especially if they’re using a competitor product. Resurrecting these users improves your retention rate and provides critical product feedback about where and why ideal persona users can fall short on adoption.
‍
Lack of Product Market Fit - Users did not see sufficient value to solve their perceived need or enough differentiated value compared to your competitors.
‍
Lack of Activation - Users aren’t activating properly because they’re not finding that “Aha!” Moment.
‍
Low Usage Frequency - Users activate, but don’t use your product with the expected frequently.
‍
Cost - Users find potential value in the product, but either don’t convert or display high churn rates because the product is too expensive.
‍
Bugs - Users become frustrated because key aspects of your product break or become inaccessible, disturbing their usage and leading to frustration.
‍
Acquiring the Wrong Users - If you’re not acquiring the right audience, then you risk attracting low-value, low-intent users unlikely to stick around. 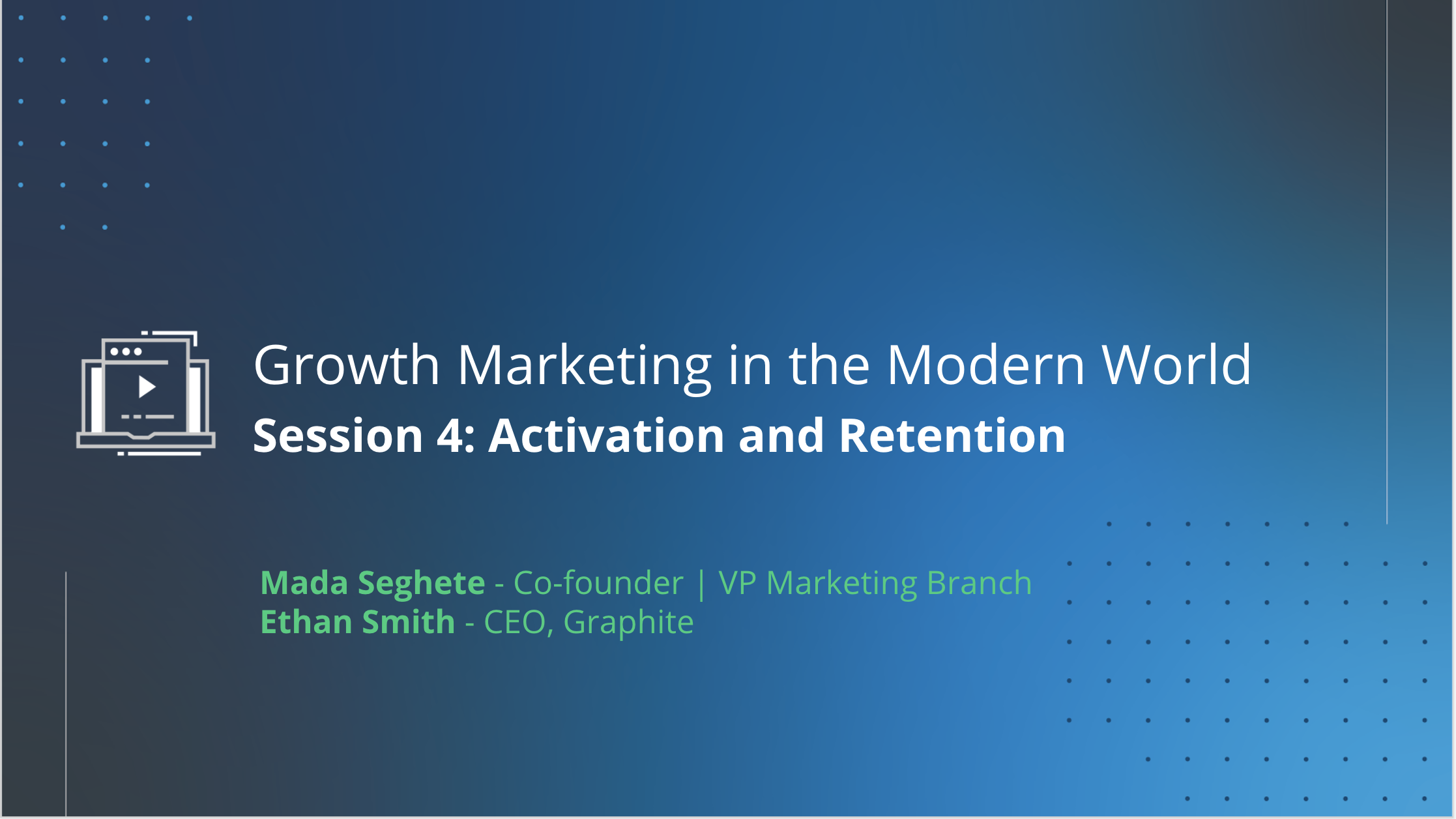 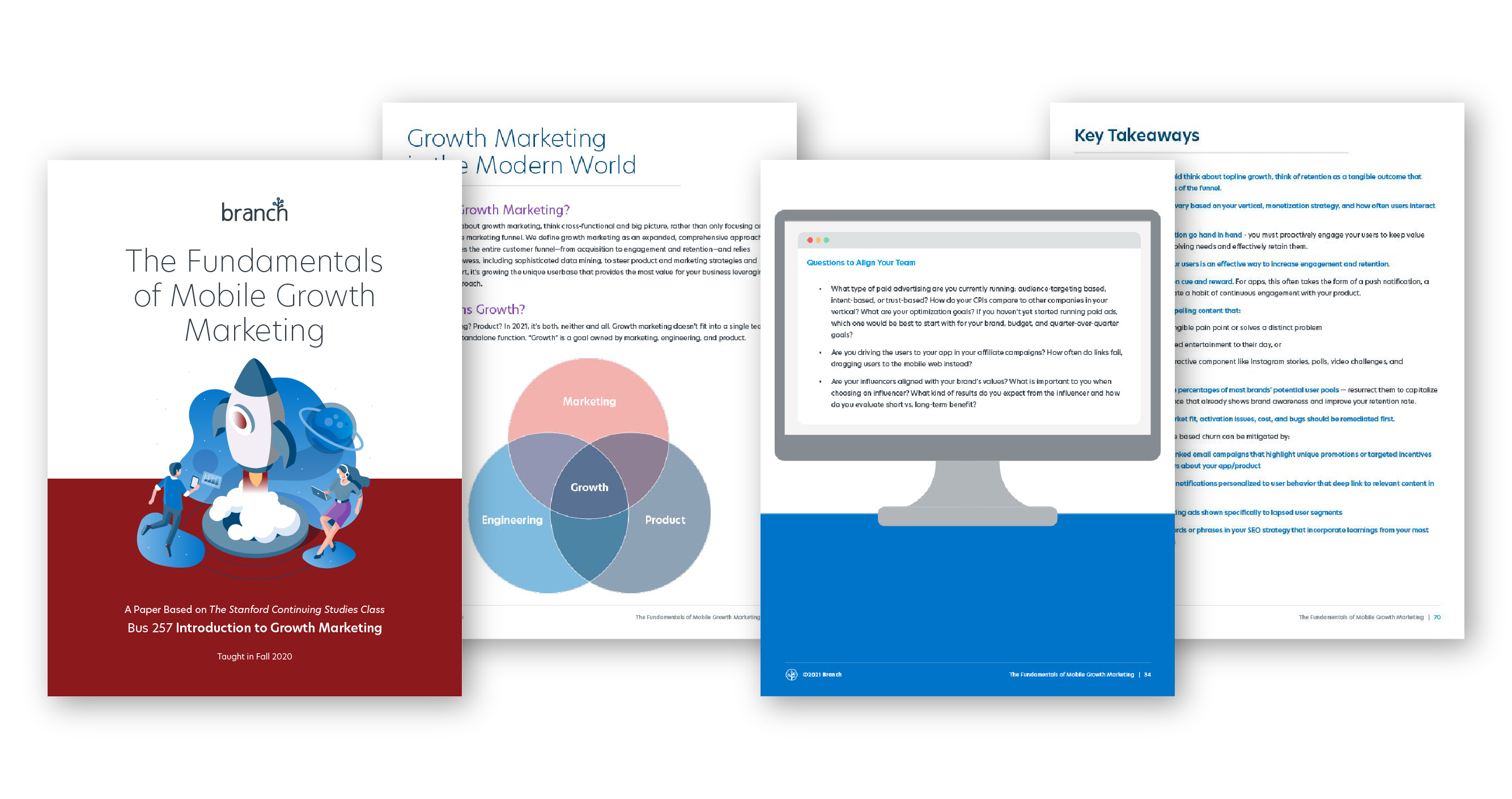 The Fundamentals of Mobile Growth Marketing

Read Now
© 2021 The Fundamentals of Growth Marketing. All Rights Reserved.